The ‘Sargasso’ mission, conducted on the Yersin vessel between Mindelo, in Cabo Verde, and Fort-de-France, in Martinique, was part of a programme led by the Mediterranean Institute of Oceanology (MIO). It followed the ‘Sargasso Caribbean’ campaign previously conducted in June-July 2017 to study algae proliferations in the Tropical West Atlantic. The aim of this new mission: supplementing the observations and measurements made during the first campaign between Franch Guiana and the Sargasso Sea, by carrying out sampling for the first time on a transatlantic journey.

The ‘Sargasso’ mission aimed to:

Sargassum, what is it?

Sargassum or sargasso weed are common names for brown marine algae in the genus Sargassum. Only two species, Sargassum natans and Sargassum fluitans, live in high seas, with a strictly pelagic cycle. They float on the surface, forming large and dispersed clumps called rafts. They are fully functioning ecosystems which are home to many living species, ranging from bacteria to fish.

There are also 350 other benthic Sargassum species, which live attached to the seabed in coastal areas. They are distributed in several regions of the world.

Sargassum seaweeds proliferate in the tropical Atlantic, causing unprecedented massive strands on the Antilles islands and on African coastlines since 2011. These accumulations on the shores lead to significant ecological, economic and health problems. The sulphurated hydrogen resulting from their decay is a toxic gas for humans and is strongly oxidising. Whereas in small quantities, these algae are beneficial to biodiversity, the same is not true when they proliferate.

For all these reasons, it is obviously urgent and important to discover why Sargassum weeds are multiplying at such an alarming pace.

The transatlantic mission: a rare opportunity

The Sargassum rafts in high seas constitute an ecosystem in its own right and the scientists seek to understand not only why they grow, why they proliferate, but also what are their effects on the high seas.

Given the small number and the cost of properly equipped vessels, expeditions such as that led by Monaco Explorations during this transatlantic crossing are rare opportunities to collect samples in the high seas.

The mystery of the Sargasso Sea

During his journey to the New World, Christopher Columbus had already described these brown algae, near the Bermuda archipelago, which gave their name to the Sargasso Sea. At the same time as the massive strandings observed since 2011, the satellite imagery revealed the new presence of Sargassum in the North Equatorial Current, forming what we could call a ‘new Sargasso Sea’. What are the causes of this phenomenon? And what are the consequences on the pelagic life of the ocean? These are the two main questions to which the team led by Thomas Changeux whishes to obtain answers.

Is there a solution to the problem of Sargassum?

We don't know yet. We must first better understand what is happening. Other teams work on maximising the value of Sargassum. These masses can perhaps be used for fertilisation, but they must first be rinced or treated because they contain a lot of salt, which is not compatible with the soil. There are other valorisation possibilities but, as I have said, the research is quite recent. It is rather complicated, and it is of course the long-term objective - to find a solution. 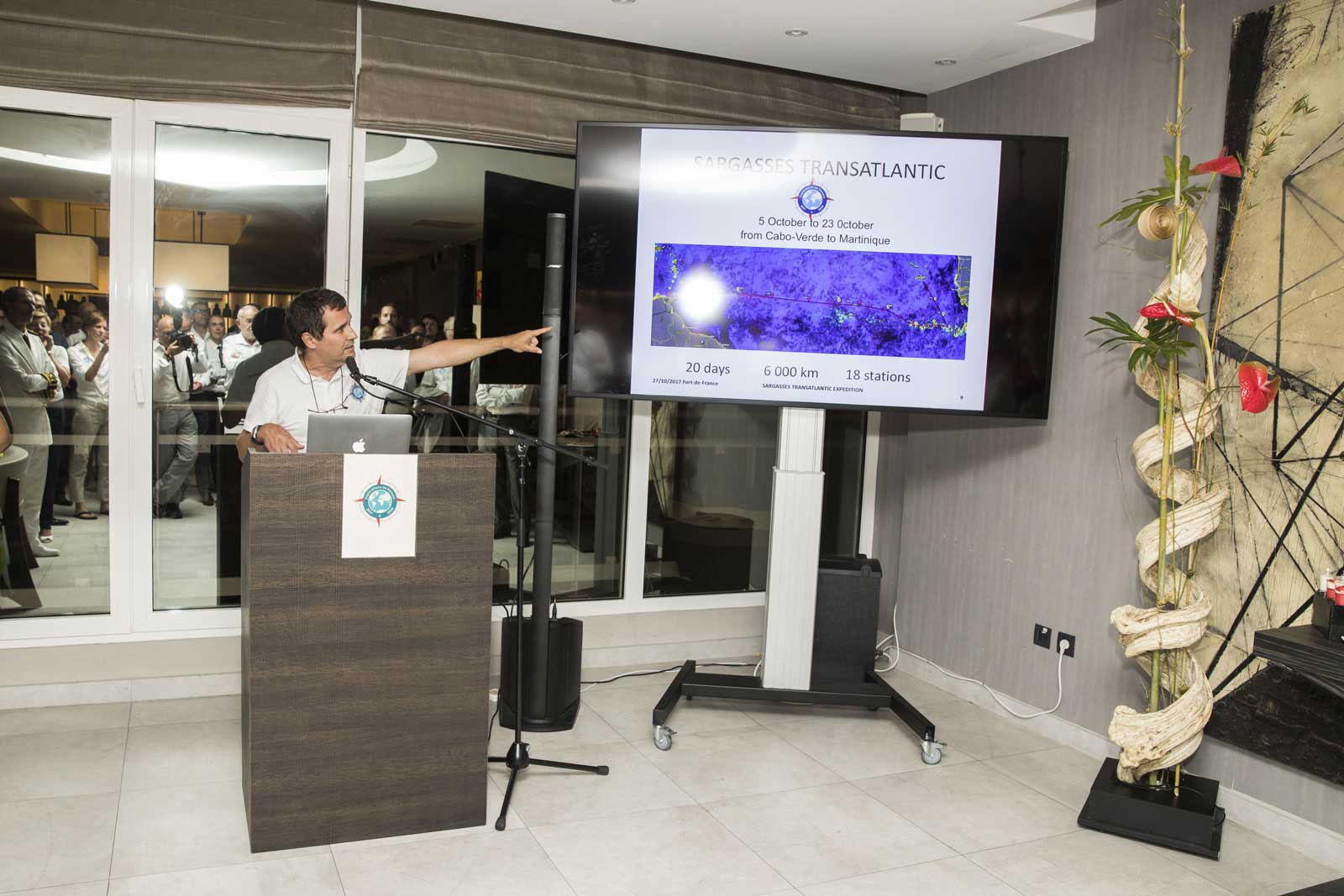 Why are Sargassum seaweeds a threat in the Caribbean?

The massive strandings of Sargassum are deleterious, depriving coastal life of light and creating large quantities of decaying organic matter onshore. These 'brown tides' have dramatic consequences on the quality of water and air, on the health of the population and economic life in the Caribbean. The concentration of hydrogen sulphide in the air can be so high that it can corrode metallic objects, in particular electronic circuits. 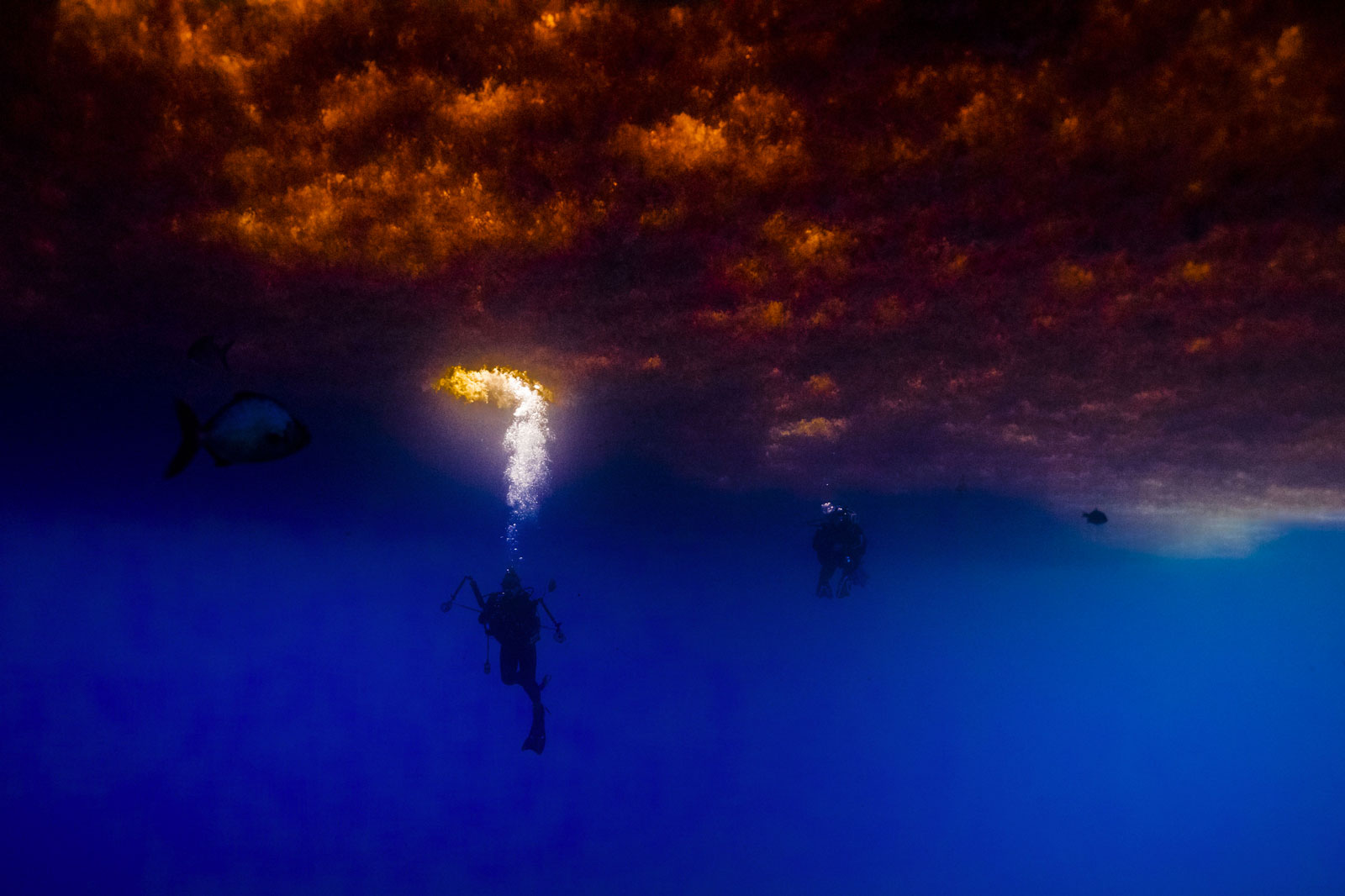 Do you know why the masses grow?

One hypothesis is that there has been a new proliferation due to the nutrient inflow from large rivers whose basins have undergone significant modifications. The Amazon River is the first basin in the world and has a strong influence on the tropical Atlantic, but it is not the only river that may have an impact. Other parameters can come into play , such as the rise in temperature or species dispersal. The only certainty is that is is a large-scale phenomenon, where only a few Sargassum species are concerned. It is necessary to specify the status of the pelagic forms and to better know them. 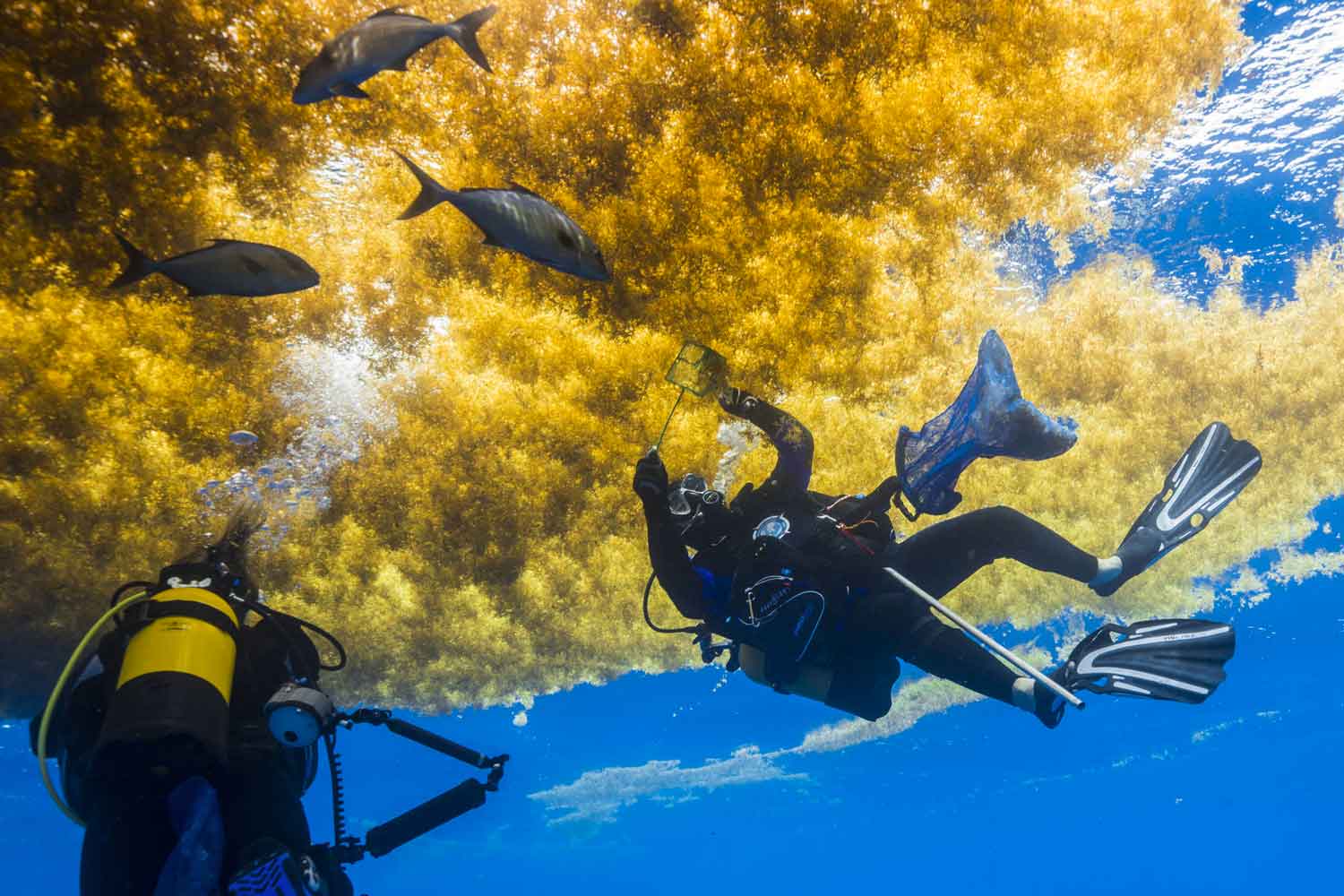 Since their return from the mission, the scientists have been performing genetic analyses of the samples collected to identify the three different morphological forms of Sargassum found during the mission and thus better understand the multiplication phenomenon

A photography exhibition retracing the highlights of the mission is available. It consists of 12 panels in 110x110cm format and 8 panels in the dimension 110x165cm. Since October 2019, it is exhibited in the hall of the MOI where the students of the Institute can discover it.

Observation of animals of the open seas

A transatlantic crossing makes it possible to meet many animals.

Discover here the species encountered by the scientists

A whole ecosystem to be studied

18 stops were made during the crossing of the Atlantic, with at each stop the sampling of fish, zooplankton, Sargassum, etc. These analyses will allow a better understanding of the ecosystem as a whole and will determine whether it is influenced by strictly oceanic inflows or also by inflows from large watercourses such as the Amazon River or other rivers.

Continuation of the research

Thomas Changeux receives funding from the French National Agency for Research (ANR) to continue the programme as well as the analysis of the results from the first two campaigns.

The eight scientists on board during the mission.

The Monaco Exploration Society is a platform dedicated to H.S.H. Prince Albert II’s commitment to the knowledge, sustainable management and protection of the Ocean.